Readers: What are you toasting? Which brewery has the best beers for winter? What’s your favorite spot to cozy up with a cocktail? What wines are you bringing to Thanksgiving? Email john@heavytable.com or tweet @johnpgarland and let us know. Each month, the best submission will receive a Heavy Table pint glass.

A quick note: Thanks so much to everyone who backed our Secret Atlas on Kickstarter and to everyone who we’ll see at this weekend’s Kitchen Window events. At Friday night’s special “Behind The Stacks” reading, I’m happy to announce I’ll be pouring wines from Parley Lake Winery in Waconia, while talking about my chapter on the history of wine in the upper Midwest. And at Saturday’s Food Festival, I’ll just be walking around giving everyone with a copy of the book a big hug, because your support has been overwhelming. Cheers!

There’s no harder meal to pair wine with than Thanksgiving. You’ve got white and dark meat, bittersweet cranberries, savory stuffing, and that weird tofu dish your vegan cousin keeps pushing on you every year. Give it up, Theresa, no one’s interested.

And God knows what food traditions await you at your new in-laws’ house, so there’s just no way to ensure your wine will go with everything at the table. One can’t-miss option is Grower Champagne, because that always goes with everything.

But here’s another idea that has this year’s Toast T-day seal of approval: Cru Beaujolais. “It’s a Burgundian wine drinking experience at about 10 times less money,” says Wil Bailey, portfolio director for The Wine Company. “Some of the finest are under 20 dollars.”

To be clear, we’re not talking about Beaujolais Nouveau: that banana-scented, bubble gum-flavored insipid swill that floods wine stores on the third Thursday of November. Cru Beaujolais is from the granitic hills in the northern part of the same region, grown in vineyards that don’t make any Nouveau and produce wines that taste more like good Burgundy — lots of delicate floral and red berry flavors. Here are three bottles you might want to seek out:

2010 Domaine des Braves, Regnie. A gutsy, gripping wine. Well structured with some terrific raspberry notes. We drank this bottle with some duck at The Kenwood a while back; it was just sublime.

2010 Domaine des Mouilles, Chenas. Funky and perfumed. The flavor leans earthy as opposed to fruity — a bottle for those that love the more barnyard-ish Burgundies.

These red wines are generally lighter bodied, with soft tannin and bright acids, making them a great complement to a mixed table. We’ve noticed that South Lyndale Liquors has a great selection of Cru Beaujolais. But any wine store worth their salt will have few and they’ll be great values because not a whole lot of people are familiar with them. And now is a perfect time to try them because the ’09, ’10, and ’11 vintages in stores right now are all very good.

Readers: Ever tried Cru Beaujolais? Know of a store with a good selection? Leave a comment!

A Mixed Case of Beer Notes:

We recently had a few pints with reps from the MN Craft Brewers Guild, tasting through some autumn beers — ambers, alts, wet-hops, pumpkins — that we’ve neglected so far. A couple that you should make sure to try:

Dangerous Man Imperial Pumpkin: I mean, wow. Unusual, in that it had a pronounced pumpkin taste, but remained balanced without being aggressively spiced. Hands down the finest pumpkin beer we tasted this fall.

Jack Pine Harvest Red IPA: The Toast’s first taste of Jack Pine’s brews was a memorable one. A delicate pile of herbaceous, with a bright but substantial body, balanced and more layered than most fresh hop brews.

Boom Island Thoprock Wet IPA: Another really fine wet-hop, with a soft resin hit on the nose, and balanced citrus all the way through.

And speaking of Boom Island, congratulations are in order as they’ve announced plans for a new tap room. All this week, they’ll be moving into a larger facility at 2014 Washington Avenue North, barely two blocks from their current location. The public hearing on their tap room will be next month. If everything goes according to plan, expect the tap room doors to open sometime in spring 2014.

The Toast stopped by Boom Island last Friday to pick up some Yule, their dark winter seasonal that has a really intriguing raisin and spice way about it. We’re planning to cellar it for a year, next to our bottles of 2012 Lift Bridge Commander Barleywine. And on that note, Lift Bridge will be throwing a release party for this year’s Commander on Saturday at the brewery in Stillwater from 3pm-10pm. 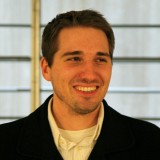