Like yesterday’s Best Chef nominees, our short list of Best Purveyors was compiled via public and staff nomination and then winnowed down to the top three in a rather long-winded — and well-fed — debate of the magazine’s staff.

It was not easy. Best is subjective, of course, and our original list of nominations was extraordinarily diverse and uniformly laudable, from micro greens, beef, cheese and butter to the sausage makers, chocolatiers, brewers of nearly every sort, and bakers.

And so it is that we give you the nominees with some little regret that we can not reward all of the phenomenal purveyors that make buying local so delicious.

We’ll announce the nominees for our Silver Whisk for Best Restaurant on Wednesday, November 18.

In 2001, Victor Mrotz left his job in food equipment engineering and took up the butter churn. He had seen an ad for an ailing creamery in the paper and, having grown up on a farm, realized pretty quickly that someone needed to make sure it didn’t end up in the junk pile. When Mrotz bought it, Hope Creamery – which had been around for nearly 100 years – employed just two people and made 30,000 pounds of butter a year.

In eight years, Mrotz has grown the creamery to 11 employees, who churn the butter, hand pack it into boxes, and deliver 300,000 pounds of it a year to restaurants and grocery stores around the Twin Cities. The last operating creamery in Steele County, Hope Creamery reportedly gets its cream, both organic and non-organic, from Pride of Main Street Dairy in Sauk Centre, which in turn gets its milk from a number of small Minnesota farms. Made in small batches, the butter is never frozen or artificially colored.

So, Hope Creamery is a local operation making butter the old fashioned way, but it’s also making a superlative butter. By Mrotz’s report, it was Lucia’s restaurant that first brought the butter to town, specifically chef Julie Boor, who was quoted in the City Pages as saying that it’s “about the best in the country and certainly on par with the imports,” after extensive taste tests.

Michelle Gayer of the Salty Tart seconds that. She told the Heavy Table, “Hope Creamery is an amazing butter,” citing the fact that it’s delicious and relatively high fat, which makes it great for baking.

Indeed, we do agree: The unsalted organic butter is a revelation; smooth, sweet and distinctly creamy, it gives continental cold toast a real purpose and baked goods richness. You can find Hope Creamery butter at Lucia’s, at the Birchwood Café, and on the shelves at Lunds, Kowalski’s and the Wedge.

Originally from Quebrantadero, Mexico, Noelia Vasquez and Enrique Salazar opened La Loma Coffee Shop in Mercado Central in 1999. Their specialty: tamales. Made from a family recipe, they feature savory and sweet fillings wrapped in a masa crust and tucked into a corn husk or banana leaf. We are especially fond of the elote tamales, which are surprisingly sweet and retain some of the earthy flavor of their banana-leaf wrappers, but nothing makes us so happy as the puerco tamales — their tender, flaky masa and piquant pork in red sauce take us right on back to the Christmas tamaleria in San Antonio, Texas.

But we digress, because while the tamales are super tasty, this nomination is about hard work and gonzo entrepreneurship. Let us break it down for you:

In just 10 years, the coffee shop has become a cafeteria that reportedly cranks out 2,500 tamales a day. Vasquez and Garcia now employ 35 people, some of whom work in a second restaurant in the Midtown Global Market and at a catering and wholesale tamale factory in St. Paul. The factory sends frozen pork, chicken, and veggie tamales to 260 stores, including Lunds, Kowalski’s, and Cub Foods. These numbers came to us from the National Association for Community College Entrepreneurship (NACCE), which recently honored Noelia Vasquez with its national Entrepreneur of the Year Award. According to the NACCE, the company’s annual sales top $2.5 million.

What they didn’t mention is that the couple released a new product this year: La Loma branded masa, which is sold locally, in 5-pound bags, for tamales, pupusas, gorditas, tortillas, and the like. In addition, Vasquez and Salazar are working with local farmers to grow Latino produce, such as serrano and jalepeno peppers and tomatillos for 2010.

If that doesn’t inspire to get off your laptop and DO something, perhaps it will inspire you to eat a tamale.

WineHaven Winery and the Chisago Grape

More than 15 years in the making, the Chisago grape is practically a full blown miracle of science.

First of all, it is one of a handful of grapes bred in Minnesota; one of only 120 patented in the U.S. It’s also one of about seven truly cold-hardy grapes, its clusters hanging tough at -40 degrees and holding their shape well into the winter months. And, as if that weren’t enough, it tastes good — award-winning good.

The grape was invented by Kevin and Kyle Peterson of WineHaven Winery, Chisago City, who started their grape breeding program in the 1990s to support their start-up winery. While they were waiting for the patent to come through — the process took three years and was finalized in 2008 — they used the Chisago grape to make the winery’s popular Deer Garden Red, which went on to win gold medals in wine competitions on both coasts for three years running.

This year, the Petersons used the grape in a red ice wine called Slippery Slope, which won a bronze medal in the Finger Lakes International Wine Competition in New York. Ice wine is a dessert wine. In order to make it, the grapes are left on the vine until they freeze and are then picked in November or December, when most grapes burst or fall off the vine but the Chisago’s clusters will still elicit a few drops of very intense juice. According to Heavy Table reporter Eric Faust, who covered the grape in June of this year, the result is a highly approachable, low-tannin wine that tastes of cherry, plum, and vanilla with a cola-like finish.

In addition to winter hardiness and wine quality, the rarified Chisago is vigorous and disease resistant. Somehow, it puts one in mind of Garrison Keillor and all the romantic things we fragile out-of-towners think about the winter hearty folk of Minnesota. 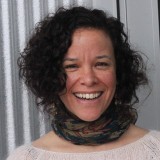 Love WineHaven wines but I am not lovin’ the new La Loma recipes. Maybe it was a fluke, but the last few times I’ve picked up tamales they tasted different and not nearly as good as they used to be. More freezer-to-microwave than grinder-to-steamer.