The Shantytown Bar and Grill’s self-billing as “Bloomington’s Little Secret” is probably accurate. Despite its proximity to 494 / Lyndale, it’s a must-Google Map — east of Lyndale on 86th Street past Modern Metals Foundry, hang a left on Pillsbury Ave, and the Shantytown lurks in a weathered strip of east Bloomington. This is a block you would never drive on a lark.

But enter through the white-metal screen door and you might as well be in your parents’ newly remodeled basement. The light-wood wraparound bar and low ceilings are mighty cozy. A couple of flatscreen TVs and a few beer signs (four-piece Grain Belt mirror!) dot the walls. Nothing to distract from your conversation with an old buddy. Take your grandma or your toddler — they’ll fit right in.

The Shantytown has been around since the ’60s and current owners Peter and Laura Taykalo bought the place in 1999. During my lunch, Peter and Laura were both on the job; Peter was waiting tables and greeting most comers by name. The two old boys behind me practically ordered before their butts hit the booth — no menus required for their club sandwich and soup-and-salad. Another fellow was having a burger and a beer next to the six guys who were probably coming back that night after bowling league. The jukebox played John Cougar Mellencamp. All was right with the world.

The Shantytown’s burgers are thoughtfully executed and delicious. A chili cheeseburger is loaded with sour cream and oozes onto the plate, which would have made a perfect dip for the crisp tater tots if they didn’t already come with seasoned sour cream. It should be a written rule: Any place that serves tater tots is a good restaurant. The Shantytown’s tots are perfectly crunchy, deep-fried golden nuggets that are the polar opposite of the soggy blobs from your grade-school cafeteria. Alongside Grumpy’s, these are the best I’ve had in Minneapolis.

But back to the burger: The patty was juicy, well-flavored, and perfectly sized — big enough to taste but small enough to not overpower the chili. It would be tasty just topped with cheese. The burger at Shantytown does not top those at Lions Tap, but it’s similar in execution and is, with Sandy’s Tavern in Richfield, a good example of a sound burger philosophy: medium-sized patties made with fatty (aka juicy) ground beef.

The oddly named Outback Burger, topped with tender cactus, green salsa, and pepper cheese, was an unexpected treat. It was hard to tell whether the cactus tasted like green salsa or the green salsa overpowered the cactus, but either way it’s delicious (although a sandwich called “Outback Burger” should probably contain a beet slice, since this is how they’re often served in Australia).

Everything on the menu was reasonably priced; the only thing over $9 was the shrimp basket. Besides burgers, there are appetizers, soups, salads, sandwiches, and a full bar. The Shantytown is no culinary paradise, but its food is high-quality, well-thought-out, and tastes homemade. It’s basic bar food with the Shantytown’s stamp.

Restaurants like the Shantytown are social equalizers. You devour your Shantytown Burger — bacon, cheese, and guacamole — and the guys across from you could be construction workers or CEOs. You might run into your third-grade teacher or your third boyfriend. There is simply no pretension. Just good food, cold beer, and honest prices. Everybody walks through the same screen door at this Bloomington landmark. 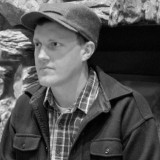 11 replies on “Shantytown in Bloomington, MN”

I don’t recall reading about this one in the Mpls/St.Paul roundup of local burger joints. Maybe I skimmed over it, or *gasp* they just didn’t know!!

Whatever…… more for the rest of us, as they say.

This was a good accurate description of Shantytown, it is a must see and try.

We tried it last night and it was very good. Good crowd, Twins on the tvs, very good onions rings and reasonable price. We’ll be back.

You should go there during Kareoke…it’s truly a hilarious experience.

My husband and I had ate at Shantytown a few times when visiting the Pillsbury Music Store next door. My husband recalls when there was a Shantytown in Robbinsdale as well.

I am really surpised to find this review, and extremely surprised to find out that Shantytown is STILL OPEN!!! For some reason my husband and I both thought that Shantytown had closed it’s doors.. guess not.. and guess what.. I am going to surprise my hubby this weekend and drive up from Crystal to Shantytown.. he will be so surprised!!! Hope it’s still like it used to be!

I am so excited to see this place is still in business. I just happen to be thinking about this place last week and I wondered if it was still around. The last time I was here was 15 years ago. I still remember their juicy burger. Yaaay!

I am in awe of our experience at Shantytown tonight – and NOT in a good way!! We are regulars at this place that serves wonderful burgers and other food! Tonight we went on one of our weekly visits to get a beer and burger and witnessed a horrifying situation. The bartender/owner began and continued to argue with a customer eating at the bar who reached for a bottle of Heinz 57 that was about 6 inches from him. Naturally thinking it was there for his use with his meal. How could you not think that – it was sitting right there on the bar??!! The bartender/owner proceeded to let him know that this was “her station” and was not for him to use and that if he wanted something he should have asked her for it. CRAZY!! He proceeded to argue with her – which was understandable due to the fact that it was hard to believe she was scolding him for using what was readily there for customers on the bar. She continued to argue with him making a scene for the whole bar to witness – it was nothing but AWKWARD. While this was happening we got our food – which was good so compliments to the cook – but our service was APPALLING!! Our waitress was more interested in the argument than providing good service to us and I had to stand up to get her attention – eventually – to get beverage refills. And after asking for our tab she proceeded to sit down and eat dinner until we finally went to the bar and asked for it. She never once apologized! RUDE!! The bartender/owner continued to condescend and argue with this customer and then one of the servers went to the jukebox and played a song that continually played the lyrics “he’s an a**hole”. This only aggravated the situation and frankly was completely wrong on behalf of the bar employees and owner!! WRONG!! This customer was embarrassed and frustrated and left. I feel so bad for him!! What a horrible way to treat him – a customer. Witnessing this whole situation was awkward and horrible! We used to be regulars here but will definitely think twice before giving them our patronage next time!

Jason nails it! This is a great little getaway in the middle of a bleak industrial park. But it easily could be located in a small mountain town in Colorado, or along a windy road in the Bayous of Louisiana. It’s local and it’s universal. Yep, private jet pilots next to private jet travelers. Doctors and chiropractic school students. Professors, mechanics, photographers, housewives, university students, and someone you swear someone you just saw on the news.

And the burgers are your best bet, with the Shanty Burger being the best of the best. 1/3 lbs hand shaped hamburger topped with both Swiss and cheddar, guacamole and crisp bacon ($8.75) Served with chips, but you can add Tots for an additional $1.75.

I’ve also had their shrimp platter. Over cooked and not so tasty. I’ve also had their Philly Beef, $9.50, (which seems to be really popular) but for me it was dry and nothing to write home about. It IS a lot of food, and the horseradish sauce helped it, but I won’t be getting it again.

As of this writing, Wednesday is $1 domestic bottle beer day. (Starting at 8 PM). It truly draws a crowd of attractive young, single men and women. :-)